This is an original Austrian 1920s production Berndorfer helmet. The shell has been restored to look and feel liner and original SS-VT helmet from 1934-35. The helmet is size 64. 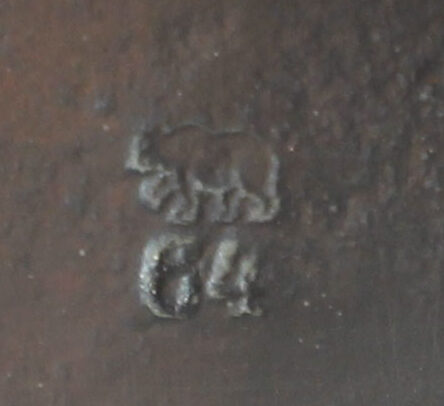 This Austrian M17 helmet was restored to look like it might have been worn by the SS-VT as a parade helmet in the mid 1934. The helmet is one of the version made by Berndorfer Metal-Warenfabrik A Krupp AG in the 1920s. The helmet is size 64 and is stamped with the so called Walking Bear stamp of the Krupp. Many of these helmets were later purchased by the SS during their helmet shortage in the 1930s.

The helmet has been stripped of all post-war paint. It was the repainted the correct shade of Austrian slate gray. The paint on the inside of the dome in the original 1920s factory paint and was left as it was found. The helmet was the over paint both around the inside of the skirt and the outside as would have been done by the SS-VT for parade and guard duty functions. The SS-VT runes and mobile swastika were hand brushed by means of a stencil as was originally done, decals were rare in this era. This particular style of insignia were used only briefly in 1934 and 1935. It is believed only a handful of originals still exist making this type of helmet the holy grain for any helmet collector.

The helmet has the proper three pad WWI style liner with horse hair pillows. Domed post-war Austrian split pins, and an Austrian 1920s roller buckle chinstrap. All of which is correct for this type of helmet

The helmet has been distressed to reflect the type of wear an original helmet like this might exhibit. Scuff from being dropped on cobble stone, or being scraped by a Gew98. Scratched resulting from being carried in a GI’s duffle bag. All and all this helmet has a great look and feel and will display in any WWII collection nicely. Grab this one while it is still here. 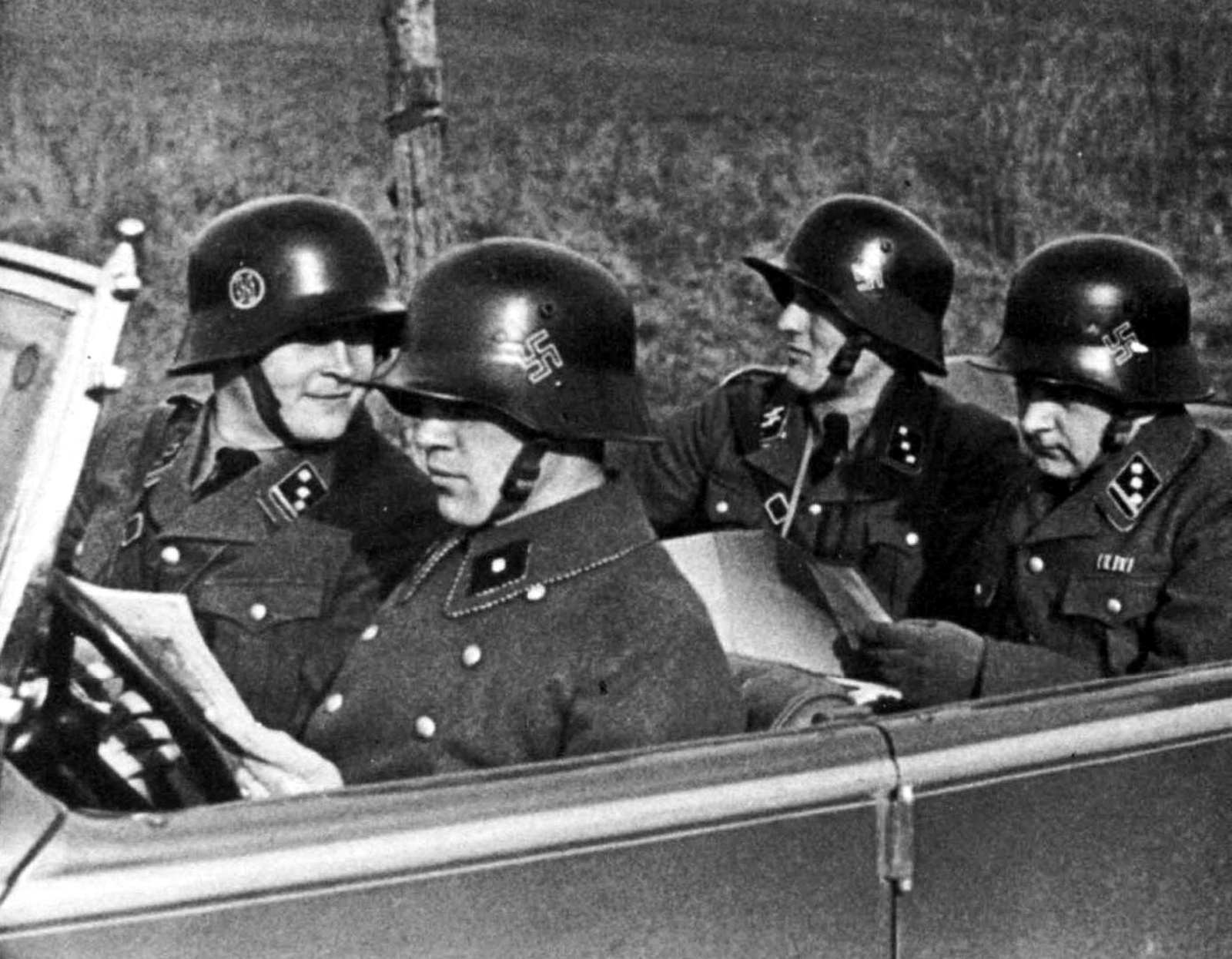