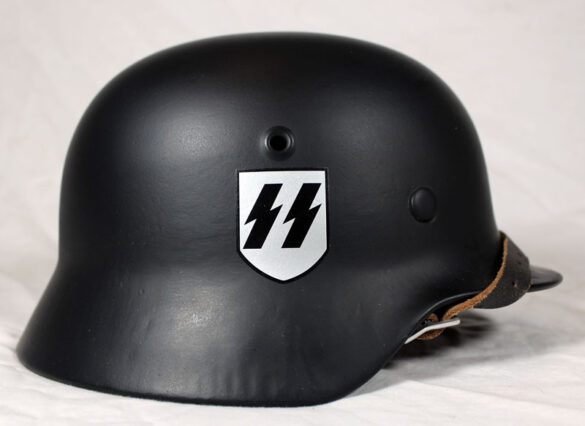 This is an original ET66 marked M40 helmet. It was restored as a parade black double decal. After 1940 black parade helmets were no longer worn. The last known event where the SS wore black uniforms and helmets was after the victory in France. That said the SS would continue to wear the black uniform for special duties including guarding the Reich chancellery. It is likely a small number of M40 helmets were over painted black and used for functions such as that.

A&SR in action. One of our Imperial Russian M15 Ad

Recent projects for a client