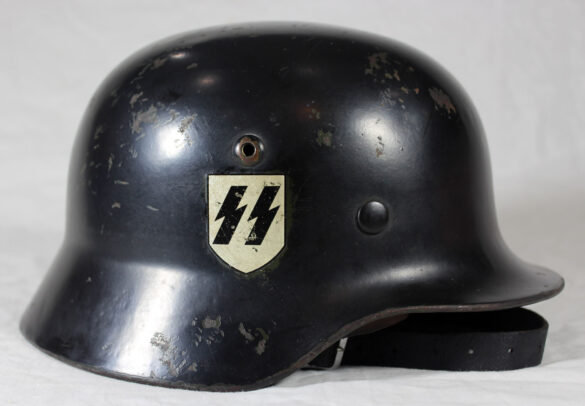 This original restored M35 shell is unmarked and lacks both a heating lot number and factory stamp. The shell shape is  Eisenhuttenwerke who is likely the manufacture. Between 1934 and 1936 this firm made a number of M35s that were unmarked. Most of these shells were exported to Spain, Finland or China. A few stayed in German inventory and were thus issued out to German troops.

The restoration here was inspired by helmets worn by members of the SS during parade functions prior to the outbreak of the war. Like the originals this helmet was first painted a smooth pre-war field gray. Then over-spray black for parade use. The decals are the early pre-war version applied with period resin and are excellent replicas.

The helmet’s liner is one of the rare un-reenforced versions used in M35 helmet prior to 1937. The liner band is dated 1937. Both outer, and internal bands are original, just rebuilt with new distressed leather. The liner was set into the helmet using brass split pins and slotted washers just like the originals were. The chinstrap is likewise a high-quality distressed replica.

The helmet has been distressed to look and feel like and original example. The finish shows the patina of having been polish multiple times. There are also scratches and scuff that might have come from being dropped on cobble stones or maybe from being carried come in a GI’s duffle bag.

There are few SS parade M35’s in existence and they can fetch upwards of 15k. Here is a great example for your collection without the crazy price of an original. 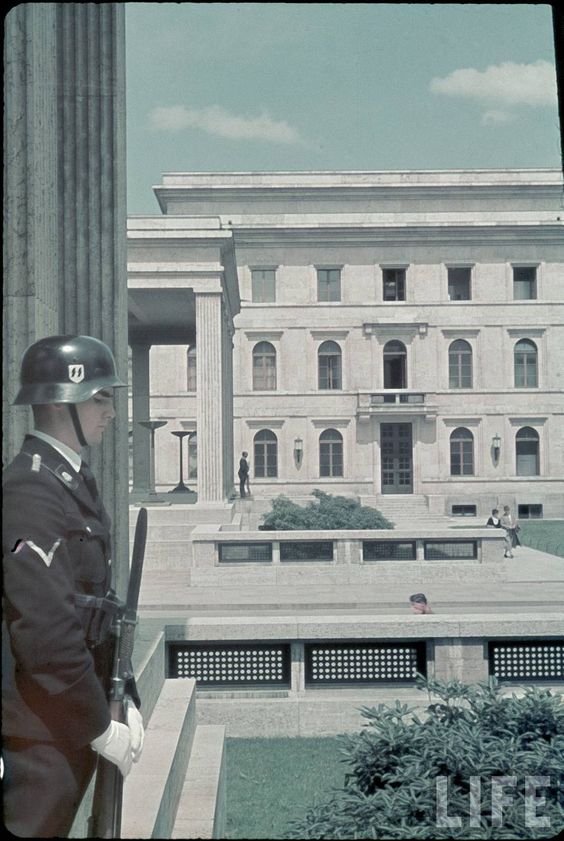