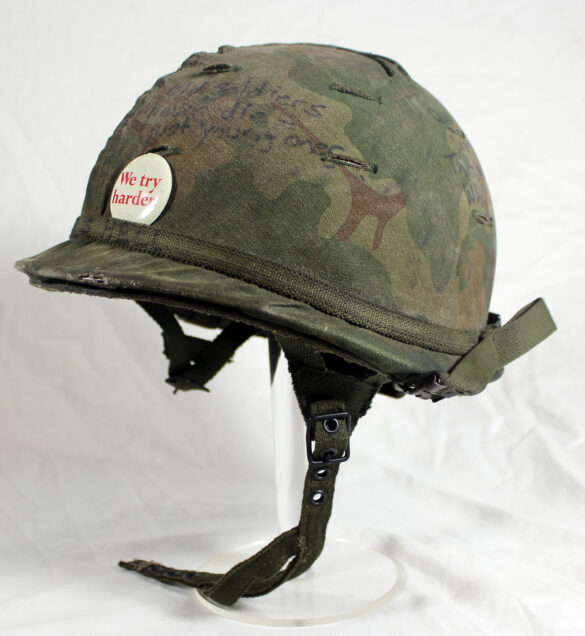 The paratrooper pattern liner is an original, 1960s era. It has been fully trimmed with an original sweatband, nape strap and chin-cup. The chin-cup has the U.S. stamp which is generally seen in early and mid-war issued versions. 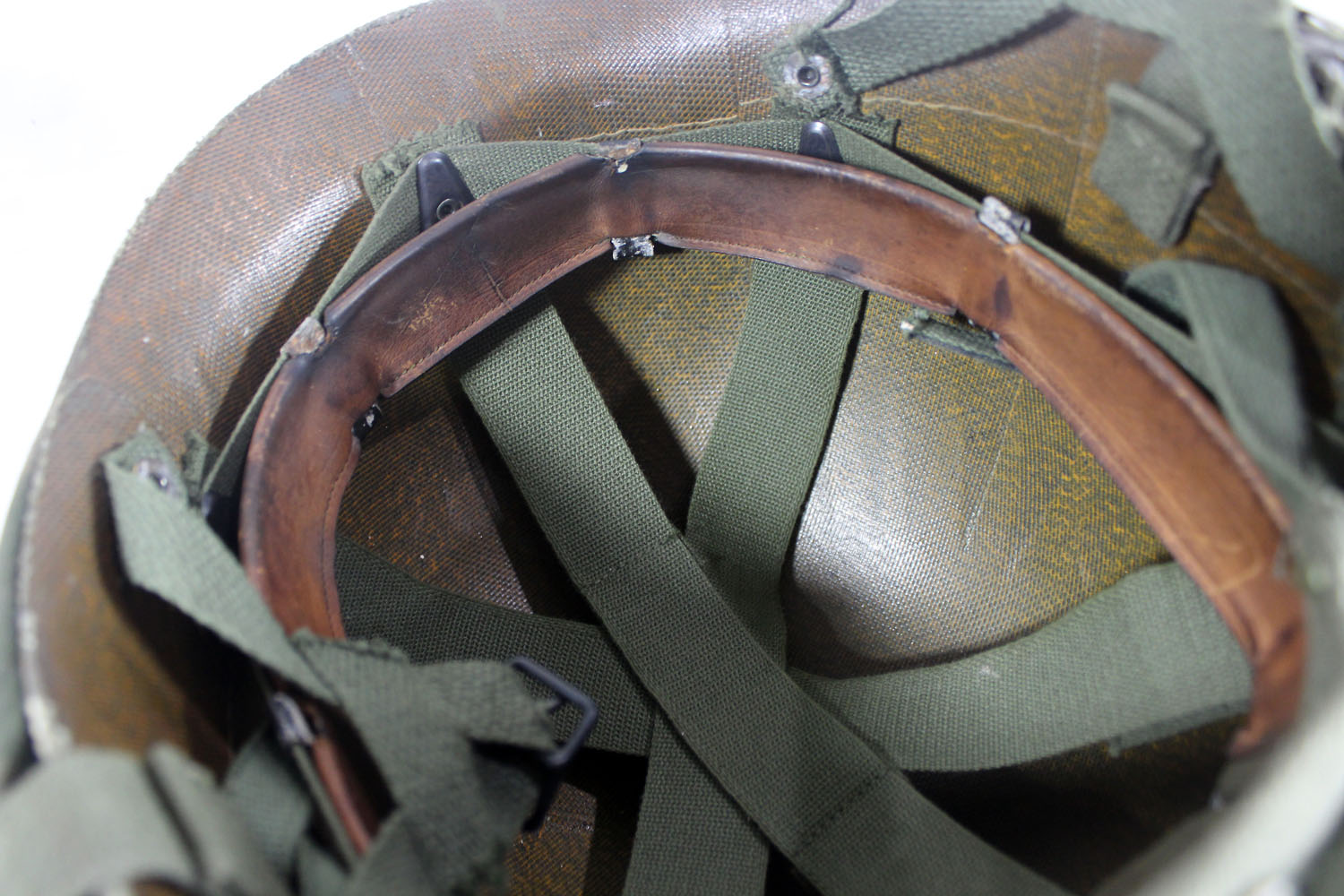 The helmet has been fit with a high quality reproduction Mitchell cover. It has been heavily aged to look and feel original. The cloth has a nice washed out sun bleached look and feel. The cover has been graffitied with a few phrases that were popular among Vietnam era GIs. One being “Forgive them father for they known not what they do in combat“. Another, “Old Solders never die, only young ones” The foliage look is also original and has the phrase “War is Hell”

The Avis button is from a 1960s advertising campaign, and at some point it became a popular accessory among GIs and Marines. The buttons were commonly attached to helmets and flack jackets. As was done here. 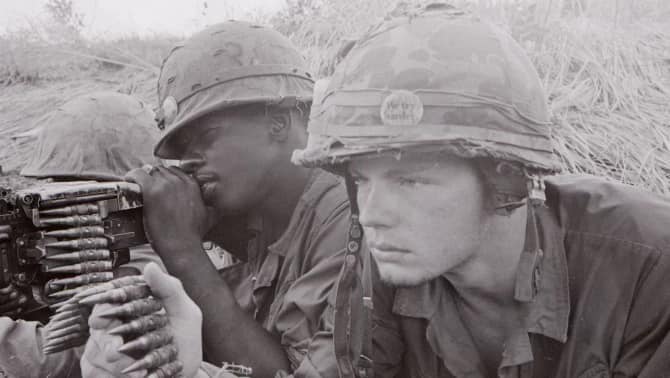 This is a great looking helmet for any Vietnam aficionado.